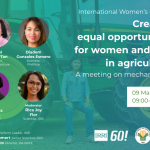 In celebration of the 2021 International Women’s Day, the Bureau of Agricultural and Fisheries Engineering (BAFE) together with the International Rice Research Institute (IRRI) will be conducting a webinar on “Creating Equal Opportunities for Women and Men in Agriculture” on 9 March 2021 at 09:00 – 11:00 AM via Zoom. The webinar aims to gather key stakeholders in the agricultural sector to discuss important topics surrounding women in agriculture.

The discussion will focus on challenges facing women and opportunities for them in mechanizing agriculture and introducing advanced technologies like laser land leveling (LLL).

Interested participants are required to register in the link http://bit.ly/IWDwebinar2021 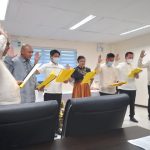 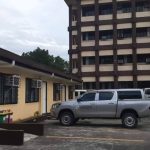 The Department of Agriculture-Bureau of Agricultural and Fisheries Engineering (DA-BAFE) has transferred from the DA-Central Office building in Elliptical Road to the Sugar Regulatory Administration compound along North Avenue, Quezon City. 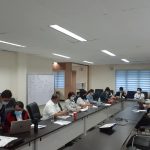 DA-BAFE Director Ariodear Rico presided the meeting with the Agricultural Training Institute (ATI) represented by the team of Ms. Editha Vinuya (Chief of Career Development and Management Division of ATI) to discuss the collaboration between DA-BAFE and ATI in the conduct of farm mechanization training in the regions. 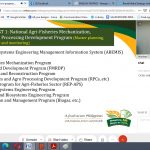 Engr. Ariodear C. Rico celebrated his first year as the Director of Department of Agriculture – Bureau of Agricultural and Fisheries Engineering (DA-BAFE) via an online year-end assessment meeting on December 15, 2020 by presenting the agency’s milestones for the year as well as its thrusts and strategic direction for 2021-2022.Dir. Rico said that the formulation of program thrusts for 2020-2022 is an important milestone necessary to achieve DA-BAFE’s vision of a modernized and globally competitive agri-fishery sector in the Philippines. 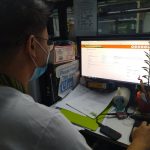 The Bureau of Agricultural and Fisheries Engineering (BAFE) is now the repository of information relative to the planning, implementation, monitoring, operationalization and regulations of mechanization, irrigation, farm-to-market roads and other agricultural infrastructure projects.  The BAFE has developed the Agricultural and Biosystems Engineering Management Information System (ABEMIS) as its technological tool to attain a reliable and credible agri-fishery information down to the ground level.